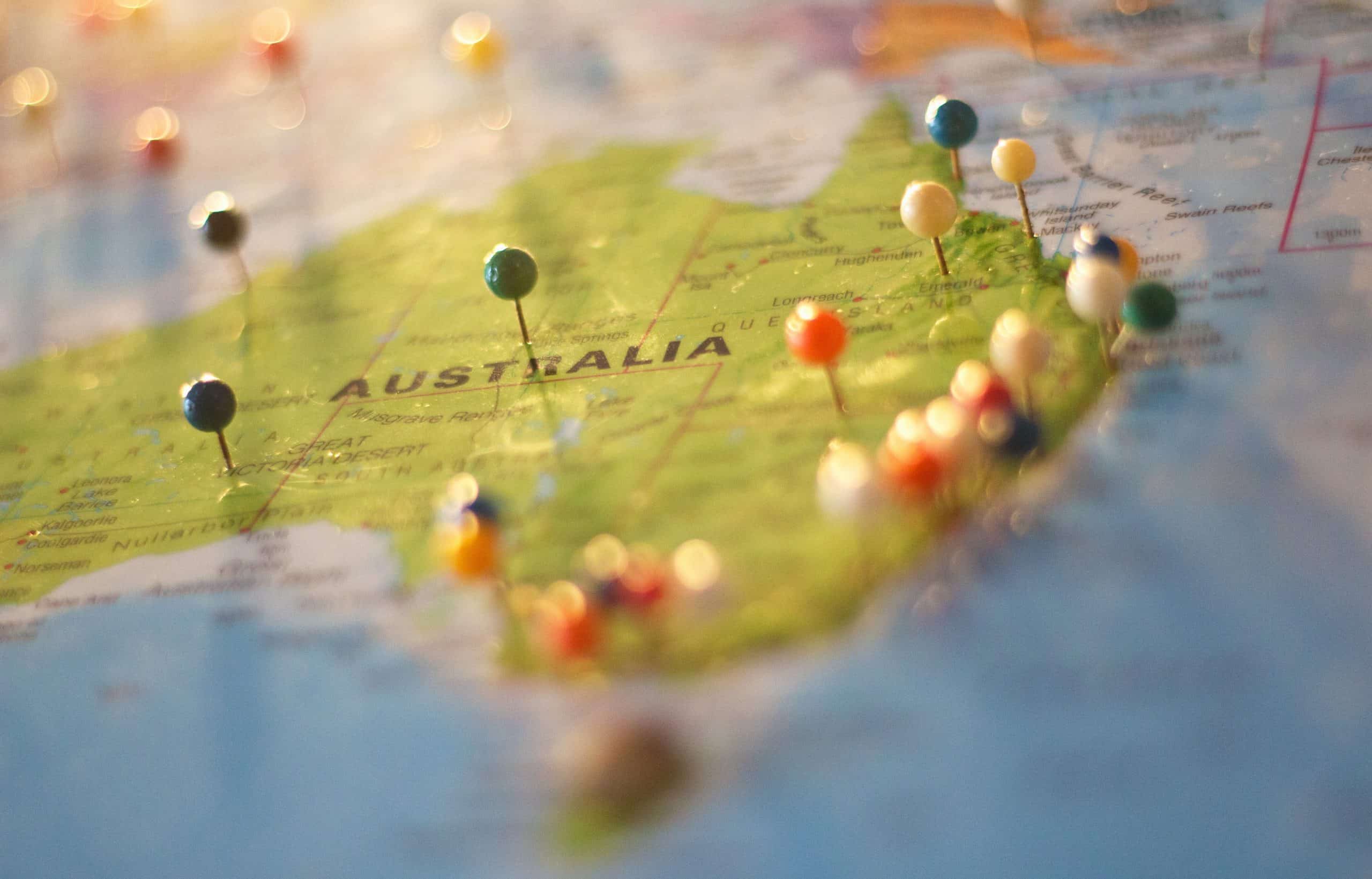 Gday mate! New to Australia? Deadset no idea what people are talking about? Yes we know it doesn’t always make a lot of sense and no you can’t chuck a U-ey in the middle of Coogee …
Australian’s have a unique way of expressing themselves. They love to abbreviate words, almost every ‘thing’ has a nickname and they love a good old colourful saying.  If you’re ever in doubt, just shorten a word, add an O, or IE to it you’re somewhat on the right track lol 🙂
Here’s a translation of some fun Aussie slang to help you make sense of your time in Australia.
Ankle biter : small child
Arvo : afternoon
Avos : avocados
Barbie : BBQ
Battler : someone who struggles by working hard and only just making a living
Beaut, beauty : awesome, great, fantastic
Big Smoke : a big city, especially Sydney or Melbourne
Bikkie : biscuit
Bloke : man, guy
Bloody oath! : For sure. Definitely true
Blowie : blow fly
Bludger : lazy person,
Blue : fight
Bogan : similar to a redneck, someone uncouth and of low social status
Bonzer : great, awesome, ripper
Boogie board : a hybrid, half-sized surf board that you don’t stand up on
Boozer : a pub
Bored shitless : very bored
Bottle-o : liquor shop
Brekkie : breakfast
Brick shit house, built like a : big strong bloke
Brisvegas : Brisbane, state capital of Queensland
Budgie smugglers : specific type of men’s swimming costume similar to underwear
Bushman’s blow : Blowing your nose without a tissue/handkerchief by placing one finger on the outside of the nose (thus blocking one nostril) and blowing. P.S – don’t do this it’s gross!
BYO : Bring your own alcohol
Cark it : to die
Chook : a chicken
Chips: Potato crisps. Yep just to confuse you!
Chrissie : Christmas
Chuck a sickie : a fake sick day.
Chunder : vomit
Cleanskin : Bottle of wine without a label that’s usually cheaper than normal.
Cobber : friend
Cockie : cockroach
Corker : something excellent
Crook : sick
Cut snake, mad as a : very angry
Daks : trousers
Deadset : true, the truth
Dinkum, fair dinkum : true, real, genuine
Donger : penis
Dunny : toilet
Durries: cigarettes
Esky : large insulated food/drink container for picnics, barbecues etc.
Exy : expensive
Fair dinkum : true, genuine
Franger : condom
Give it a burl : try it, have a go
Good onya : good for you, well done
Grog : liquor, beer, booze
Hooroo : see you later, goodbye
Longneck : 750ml bottle of beer in South Australia
Mate’s rate : cheaper than usual for a friend
Moolah : money
Mozzie : mosquito
Mushies: mushrooms
Nipper : young surf lifesaver
Nuddy : naked
Oldies : parents
Rapt : stoked, pleased, delighted
Ripper, you little! : exclamation of delight or as a reaction to good news
Roadie : a beer you buy to take away with you
Sanger : a sandwich
Seppo : an American
Schooner : large beer glass in Queensland; medium beer glass in South Australia
Servo : petrol station
She’ll be right : it’ll turn out okay
Shrimp: prawns. But just to confuse things Aussies don’t actually call them Shrimp – they are definitely called Prawns..
Slab : a carton of 24 bottles or cans of beer
Snag : a sausage
Strewth : exclamation, eg No way!
Stubby : a 375ml. beer bottle
Stubby holder : an insulated holder for a stubby
Sunnies : sunglasses
Thongs: these are flip flops and definitely do not refer to underwear
Too right! : definitely!
Trackkie Dacks: trousers
U-ey or Youey: U-turn in a car
Veggies : vegetables
Whingeing Pom : an Englishman who is always complaining – particularly about the weather
Woop Woop : invented name for any small unimportant town – “he lives out in Woop Woop”
XXXX : pronounced Four X, brand of beer made in Queensland

WHERE TO STAY IN SYDNEY?

MAD MONKEY COOGEE BEACH
Mad Monkey Coogee Beach is your dream hostel to explore Sydney’s Eastern Suburbs and surrounds. We’re located right on the waterfront so just a stone’s throw away from the sand, surf and swimming, as well as tons of great bars and restaurants including FNKY MNKY located on the first floor of the hostel.
Our beachside hostel is sparkly clean with super friendly staff available to help with anything you need, and don’t miss the Mad Monkey social atmosphere that we are famous for. Our unique accommodations offer everything from traditional dorms to apartment-style lodging with private living rooms. 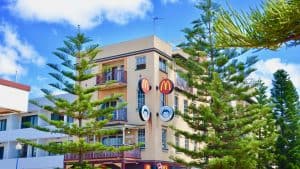