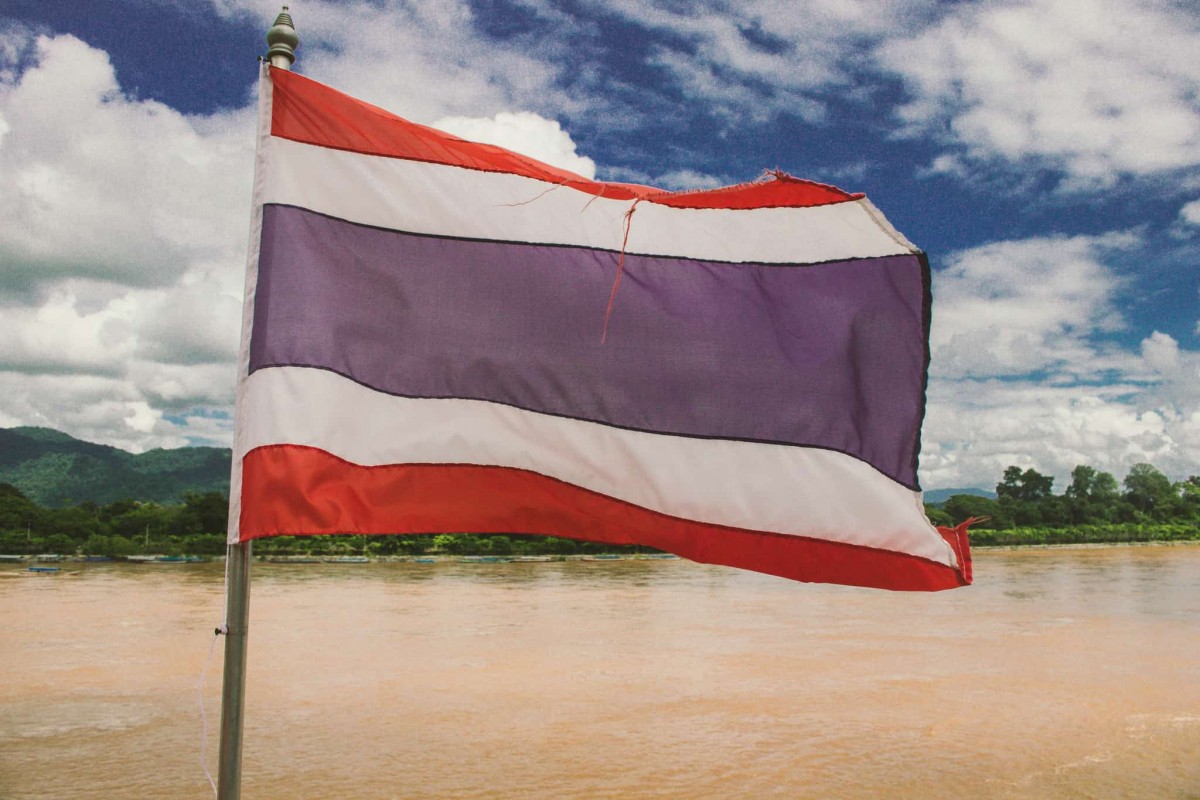 Places to Visit in Thailand: Bangkok

We kick off our list with the beloved City of Angels: Bangkok. The capital of Thailand is a unique and delightfully insane city. There is certainly no other urban entity like it. No two areas of the city are the same. Visitors could spend days uncovering unique neighbourhoods found scattered throughout the capital. Top destinations in the city will continue to dominate travellers’ itineraries. That being said, there are plenty of things to see and do that remain off the beaten path.

Bangkok also remains every self-proclaimed foodie’s dream destination. International cuisine is found in abundance. There is also an overwhelming melting pot of the best Thai cuisine hailing from each region of the country. Let us not neglect to mention the nightlife, either. From the backpacker bombarded Khao San Road to the classiest of rooftop bars found in the city centre, there is an after-dark venue for everyone.
Be sure to stay with us at Mad Monkey Hostel Bangkok during your time in the Big Mango. You will not regret it!

Places to Visit in Thailand with Friends: Chiang Mai

Chiang Mai is a laidback city that still somehow keeps a chill vibe, all the while attracting herds of visitors. It is known as the capital of the north and is nestled amongst mountainous terrain. Stunning green peaks surround the city on all sides.

The rest of the country could take notes from this northern city in regards to day trips. It is home to the largest variety and most fun of excursions. Do you wish to frequent an ethical elephant camp? Would you rather try your hand at an authentic Thai cooking class? Are temple ruins more your style? Fret not, as there is something for every type of traveller that frequents the amazing city of Chiang Mai.

Places to Visit in Thailand: Phuket

Known as the Pearl of the Andaman, Phuket is the largest and arguably the most popular island in the country. The island makes for a great destination because of the wide variety of things to see and do here. Those looking for a crazy evening out should beeline for Bangla Road. This stretch of nightlife is arguably the most insane one Thailand is home to.

Those wanting to relax beachside and have some alone time may instead head to one of the many stunning beaches found on the island, like Freedom Beach. The island is also peppered with religious structures like the giant Big Buddha found on the peak of mount Nagekerd in Karon. It towers over the island at 45 meters tall and 25 meters from knee to knee.

Places to Visit in Thailand: Ayutthaya

History buffs will love visiting the ancient city of Ayutthaya. Crumbling relics of what used to be stunning and royal temples are found scattered throughout the city, and it is only found but 70 kilometres from the capital. Ayutthaya was founded in 1350 and became a thriving city later in 1378. It was the country’s flourishing capital for some 400 years before it was attacked by the Burmese and fell in 1767.

Some 50 temples still remain after the majority of the city was destroyed. These skeletal relics are on almost every other street corner. In addition to exploring the ruins, there are plenty of quaint eateries and tasty street food dining options in Ayutthaya. One could definitely spend the entirety of a day (if not more) taking in the city in its entirety. The ruins here, which took some 150 years to build, were declared a UNESCO World Heritage Site in 1991. They remain some of the most visited ancient relics in the country.

Koh Tao is famous for one thing: scuba diving. While the island is most memorable because of its incredible sites found under the sea, there are also plenty of things to see and do on Koh Tao. Also known as turtle island, Koh Tao is equipped with stunning beaches perfect for snorkelling.

Two of the top ones are Aow Leuk Beach and the neighbouring Koh Nang Yuan. Coral reefs surround the island on all sides. Glistening, white sandy beaches make up the majority of the island’s exterior. All those who plan on journeying to the Gulf of Thailand need to be sure to include Koh Tao on their itinerary.

Khao Yai National Park was the first ever national park established in Thailand. It remains one of the most popular and stunning of them all and came to be on September 18, 1962. A part of the park was even a designated as a UNESCO World Heritage Site: the Dong Phayayen-Khao Yai Forest Complex. The park is some 230 kilometres in size. It is filled with interesting and beautiful finds throughout, including endangered species.

Another memorable find is the Nam Tok Kong Kaew waterfall, which is where Leonardo DiCaprio made his spectacular jump in the movie The Beach. The park is best explored with the help of a guide, as the trails can be confusing to follow without one. The most scenic one in which to venture down is certainly the Nong Phak Chi Nature Trail, which is about three kilometres in length and takes visitors deep into the jungle. Remember to bring tennis shoes!

Places to Visit in Thailand: Krabi

Krabi is best known for the limestone cliffs found rising ominously over the crystal-clear Andaman Sea. While these are certainly noteworthy, Krabi also offers a plethora of other things to see and do that will impress all those who frequent. Railay Beach is one of the most stunning stretches of sand in the entire country, and the peninsula in which it is found is home to a secret, emerald pool, a handful of picturesque viewpoints, one too many monkeys, and more.

Travellers can book day-trip boat tours to explore the surrounding islands, go snorkelling, and enjoy having fun in the sun. Adventurous tourists may instead opt to visit Wat Tham Sua, a temple found within a cave in the stunning mountainous terrain found in the area. Krabi is also home to hot springs, amazing national parks, and restaurants serving up spicy yet tasty Southern Thai cuisine. There are also many eateries equipped with international cuisine.

The island of Koh Phangan may be infamous because of the full and half moon parties that take place here, but visitors to the Gulf should know that this destination has so much more to offer those who frequent this stunning, island oasis.

In addition to the party atmosphere it provides visitors with, it is also home to a number of stunning waterfalls, beaches, quaint cafes, and more. One could spend more than a handful of days exploring the island in its entirety, and it is one of our favourite island destinations in all of Thailand. The island is relatively cheap to explore, as well, as motorbike rentals start out at as little as ฿200 (about $6).

Pai is somehow able to steal the hearts of all visitors who frequent this northern city. If you thought Chiang Mai was a noteworthy entity, wait until you make the terrifying, four-hour drive to this laidback city. Pai is teeming with things to see and do. One of the most popular destinations in the city is the Pai Canyon. This thin walkway provides visitors with some of the best views the city has to offer. The city is also crawling with healthy and meat-free restaurants.

Places to Visit in Thailand: Kanchanaburi

This riverside city, though sprinkled with relics of its tragic past, still remains a top destination for both locals and travellers alike. Kanchanaburi was the site of much pain. Many POWs and Asian labourers were taken and forced to build the Thai Burma Railway here. This rich history intermingles with striking nature, however, as Kanchanaburi is also home to one of the most stunning of national parks in the country: Erawan National Park.

This national park is renowned for the towering, seven-tiered waterfall that sits at the park’s core. Crystal-clear, fish-infested pools are also found at the end of each tier, and visitors are able to throw on their swimsuits and lounge in the chillingly cool and pleasant pools as they make their way to the seventh and final waterfall tier. In addition to the historic attractions and national park, the city is home to some tasty restaurants featuring delicious Thai cuisine, a waterpark, a handful of temples, and more.

More about the best places to stay & visit destinations in Thailand?

Did you love this article? Do you want to know more about the top places to visit in Thailand? Then be sure to check out these other awesome articles. We only recommend blogs and websites that we use and find helpful, as well. 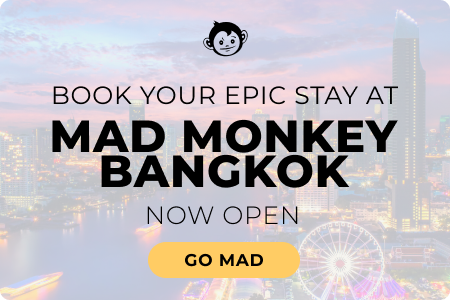