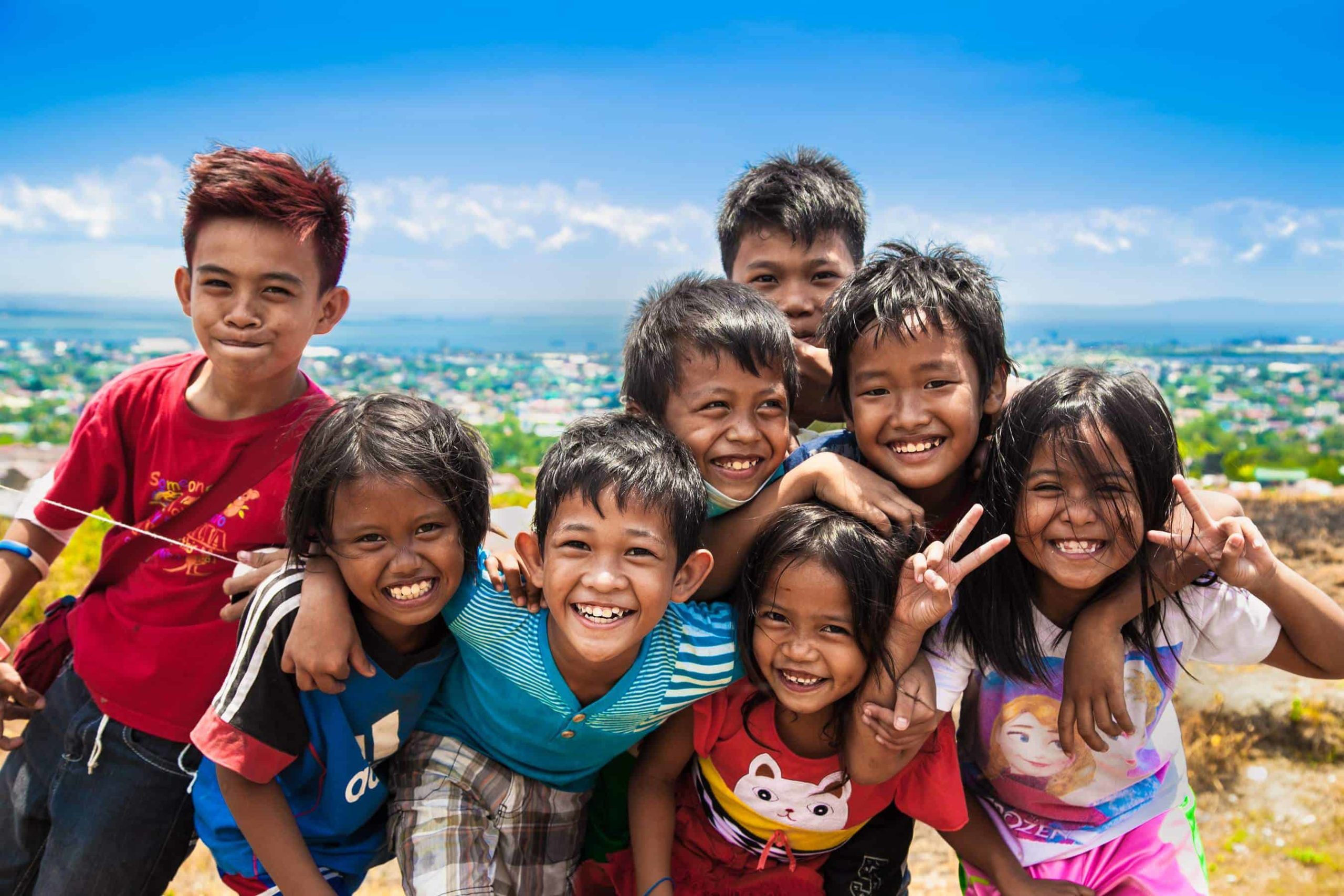 7 Facts About Cebu to Whet Your Travel Appetite

In the early history of the Philippines, Cebu served as one of the first known trading ports. The primary reputation of the province even reflects in its name. Cebu comes from the native word “sibu” which means “trade” in English. Today, it is one of the Philippines’ main domestic ports. And more than shipping out goods, it accommodates visiting tourists from all over the globe and is a top tourist destination in the country. Because the place is so magnetizing, some tourists even keep returning. What is it about Cebu that makes people hungry for more?

1. Cebu is an Island cluster paradise

The Philippines is an archipelago made up of over 7,000 islands, which is why it comes as no surprise that Cebu has its very own cluster of islands and islets. The province of Cebu, alone, consists of over 160 smaller islands aside from the main island.

A variety of landforms can be found within Cebu. From rolling hills, plains, mountains, and—yes, you guessed it—beaches galore! This Philippine province is known for its white sand beaches and pristine waters, many of which are open for the public to enjoy. Every year, tourists from all corners of the earth flock to see the tropical paradise that is Cebu. Unimpeded views, the pleasant climate, and various activities offered by resorts are just some of the many reasons why Cebu’s beaches are worth visiting.

Because of Cebu’s geographical location, Cebuanos have built their livelihood, customs, and culture around the ocean. For generations, coastal communities have and continue to rely on fresh bounty from the sea. To protect the best interests of both the islands’ residents and visiting tourists, the local government and other smaller organizations take measures to preserve their treasured beaches.

From the shores, we go up to the mountains. Aside from the astonishing views and scenic trails, every peak has a story to tell. Mount Manunggal is considered to be a very historical peak. It rises 1,003 meters above sea level and is the crash site of the Philippines’ 7th president, Ramon Magsaysay. Casino Peak in South Cebu will give you access to a magnificent view of hills on one side of the mountain, and the ocean on the other. After the hike leaves you breathless, the views on top will breathe in a new life in you.

2. Host to one of the most epic battles in Philippine History

The Battle of Mactan goes down in Philippine History as the first sign of resistance against imperial Spanish colonization. In 1521, the Spanish expedition led the Portuguese, Ferdinand Magellan, to the shores of Cebu. There, he was welcomed by the Rajah Humabon and Queen Humammay who later allowed themselves to be baptized along with 400 of their subjects. Friendly exchanges were made and everything seemed to be going smoothly with Magellan’s mission—or so he thought.

After further exploration, Magellan landed on the neighboring island of Mactan. Little did he know that it was to be one of the biggest mistakes he’d make. The fierce chieftain Lapu-Lapu, unlike Rajah Humabon who accepted him with open arms, welcomed the doomed Portuguese with his blade and an army of 1,000 warriors.

This battle is given so much importance that every year, Cebuanos hold a festival entirely dedicated to it. Kadaugan sa Mactan or the Victory in Mactan festival takes place every April 27th. Locals celebrate this affair with the usual vibrant street parades and pageants Cebu is known for, and an extravagant re-enactment of the battle on Mactan beach. The festival is not just a yearly excuse to party, although Filipinos do love a good fiesta. It is a reminder of how one man’s love for his land and culture was strong enough to keep his people free from invaders.

3. The oldest city in the Philippines

Long after Lapu-Lapu passed, Spanish conquistadors found themselves landing again on Cebu’s shores. Miguel Lopez de Legazpi accompanied by Andres de Urdaneta, an Augustinian friar, returned to the island in 1565. After defeating the reigning Rajah in the area, they established the very first Spanish settlement in the Philippines. The oldest fort, Fort San Pedro, was built to protect this very settlement. Fort San Pedro has withstood the test of time, standing through many calamities and wars. Along with Magellan’s Cross, tourists visit Fort San Pedro and are time and time again amazed at how much history it holds.

Other notable structural relics are churches and schools founded by the Spanish Catholic orders. The oldest church is the Minor Basilica of the Holy Child of Cebu, established by none other than Andres de Urdaneta. And the oldest school is the University of San Carlos, founded by the Jesuits in 1595. Beyond beaches and festivals, Cebu is just oozing with history.

Diverse ecosystems make Cebu home to different flora and fauna. It is only in Cebu where you could find certain species of fish, birds, and even coral. In Malapascua Island, diving enthusiasts come to see thresher sharks, a species which is normally known to be elusive. Yet, they are regularly visible in Cebu. A Dutch diver, Dik De Boer, discovered in 1997, that Monad Shoal in Malapascua serves as the thresher sharks’ cleaning grounds. Together with his wife, Cora, they built Malapascua Island’s first ever diving resort, Exotic Island Diving Resort.

Another reason tourists flock to Cebu for is the chance to go whale shark watching. Nature enthusiasts can also try their luck at spotting the Uling Goby, one of the smallest fish in the world, or the Black Shama, a threatened bird species with a melodious call. Cebu is quite the destination for ecotourism.

Because of its Spanish colonial roots, Cebu is predominantly Roman Catholic and Cebuanos are very religious people. However, despite the colonization and conversion to Christianity, some pre-colonial beliefs, customs, and native folklore remain until today. Some festivals with animistic origins have even merged with patron saints feasts. For instance, the Kabkaban Festival, a traditional celebration originally meant to ward off evil spirits was fused together with the feast of St. Catherine of Alexandria. A part of the festival displays the dance ritual used to drive the dark spirits away from the town of Carcar.

If you’re the type to go chasing after the supernatural, you’d enjoy hearing tales of Cebu’s nature spirits and mythical beings. Though the Catholic Church discourages the community to believe in such entities, many locals still believe that unexplainable incidents are caused by mischievous beings. Some of the more famous Cebuano creatures are the Duwende, small creatures usually found in homes or termite mounds known to bring either havoc or good fortune to people, and there’s the Sigbin, a dog-like creature that walks backwards and sucks the blood of its victims.

Something to truly whet your travel appetite—and actual appetite—is Cebu’s culinary diversity. Consisting mostly of coastal communities, Cebu has a lot of seafood-based dishes. However, one particular delicacy synonymous to the province is the legendary Lechon or suckling pig. With crispy skin and juicy meat, the dish has even caught the attention of the late Anthony Bourdain who called it “the best pig ever”.

Delicacies such as Bakasi, or eel, and hanging rice found in local eateries have recently been put in the spotlight because of the Netflix series “Street Food.” Cebuanos can definitely cook up a feast. Is it because of all the festivals they hold? Their passion? Who knows. With such diversity in flavors and ingredients, it’s not difficult to fall in love with Cebu’s iconic dishes. After all, the best way to win anyone’s heart is through their stomach.

7. One of the friendliest Islands in the world

At present, Cebu holds 922,611 residents within its cluster of islands. That’s hundreds of thousands of happy and resilient people who can’t wait to show the world how beautiful their home is—and are all probably excited to feed you. As a tourist, interacting with the locals is not difficult at all because majority of the population are fluent in english. Bright smiles will greet you at every corner, even on a stormy day.

In 2017, Cebu, along with 3 other Philippine islands, made it to, New York-based magazine, Travel + Leisure’s list of the World’s Friendliest Islands. And did we mention they love to party? Even if you are miles and miles away from your country, when you’re in Cebu, you’ll feel right at home.

So what’s keeping you? Are you hungry for that Cebu adventure?

More information about 7 facts about Cebu to whet your travel appetite:

Did you find this article helpful? While we’re confident about our opinions, here are some other equally helpful articles in case you’re still not convinced as to why you should visit Cebu: This article was written by Gabbi Reyes for Mad Monkey Hostels. 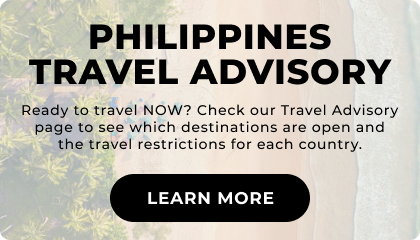